Chunky in Heat, an opera based on a libretto by celebrated author A. M. Homes,  tells the story of a girl who comes of age poolside at her family’s home in the canyons of Los Angeles. The magical thinking of youth comes undone after her brother dies and she realizes what the word “dream” in American Dream really means.  Chunky in Heat features music by Jason Cady, Paula Matthusen, Erin Rogers, Aaron Siegel, Shelley Washington and Matthew Welch. This production is directed by Alison Moritz.

Video of the Premiere Production 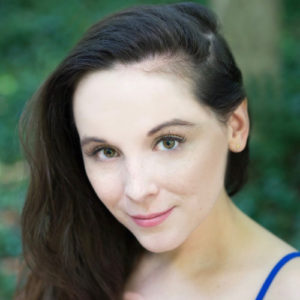 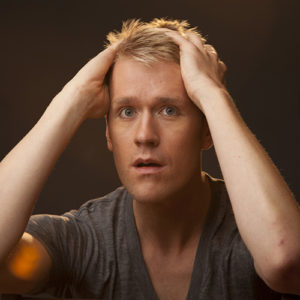 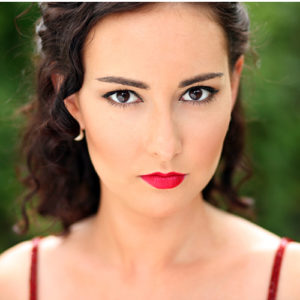 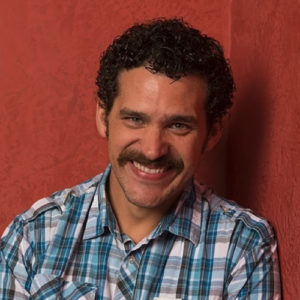 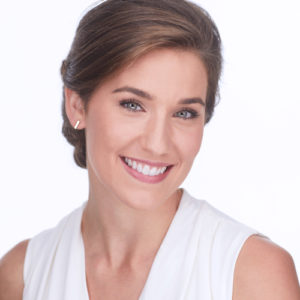 A.M. Homes (librettist) is the author of the novels, This Book Will Save Your Life, Music For Torching, The End of Alice, In a Country of Mothers, and Jack, as well as the short story collections, Things You Should Know and The Safety of Objects, the best-selling memoir, The Mistress’s Daughter along with a travel memoir, Los Angeles: People, Places and The Castle on the Hill, and the artist’s book Appendix A:Her work has been translated into twenty-two languages and appears frequently in Art Forum, Harpers, Granta, McSweeney’s, The New Yorker, The New York Times, and Zoetrope. Homes has been the recipient of numerous awards including Fellowships from the John Simon Guggenheim Foundation, the National Endowment for the Arts, NYFA, and The Cullman Center for Scholars and Writers at The New York Public Library.

Contemporaneous is an ensemble of 22 musicians whose mission is to bring to life the music of now. Recently recognized for a “ferocious, focused performance” (The New York Times) and for its “captivating and whole-hearted commitment” (I Care If You Listen), Contemporaneous performs and promotes the most exciting work of living composers through innovative concerts, commissions, recordings, and educational programs.

Based in New York City and active throughout the United States, Contemporaneous has performed for a wide range of presenters, including Lincoln Center, Park Avenue Armory, PROTOTYPE Festival, Merkin Concert Hall, MATA Festival, St. Ann’s Warehouse, and Bang on a Can. The ensemble has worked with a wide range of artists, including David Byrne, Donnacha Dennehy, Yotam Haber, Dawn Upshaw, and Julia Wolfe.

Contemporaneous has premiered more than 120 works, many of them large-scale pieces by emerging composers. Through its commissions and readiness to play challenging music, the ensemble encourages composers to take risks and defy constraints. Contemporaneous’ debut album, Stream of Stars — Music of Dylan Mattingly (Innova Recordings), has been featured on radio programs around the world, including WNYC’s “New Sounds” and WRTI’s “Now is the Time.”

Contemporaneous also leads participatory programs for public school students in the communities where the ensemble performs. These workshops are designed to instill a passion for new music and to convey the power of careful listening and meaningful expression through music. The ensemble has held residencies at such institutions as City University of New York, the University of New Orleans, Williams College, and Bard College, where the group was founded in 2010.

With an eclectic palette that draws elements from jazz, rock, American folk and other contemporary musical spaces, Shelley Washington seeks to tell memorable sonic stories that comment on current and past social narratives, both personal and observed. Her music has been described as “slightly wild, slightly mysterious” while having the ability to “powerfully [tell] stories.”

Shelley also performs regularly as a solo saxophonist, primarily wielding the baritone saxophone. She enjoys playing music from any genre, and she enjoys it most when her friends, new and old, write for her. She has performed and recorded with musicians throughout Kansas City, Des Moines, Brooklyn and New York City- anything from Baroque to Screamo.  Shelley loves to learn. She holds degrees from Truman State University; a Bachelor of Arts in Music focusing on saxophone, and a Masters of Arts in Education. She also holds a Masters of Theory and Composition from NYU Steinhardt, where she studied with Dr. Joseph Church, Dr. Julia Wolfe, and most recently with Caroline Shaw. As an educator, she teaches budding composers in the Young Composers and Improvisers Workshop, and is Artistic Director for the Noel Pointer Foundation located in Brooklyn, NY.

Paula Matthusen is a composer who writes both electroacoustic and acoustic music and realizes sound installations. In addition to writing for a variety of different ensembles, she also collaborates with choreographers and theater companies. She has written for diverse instrumentations, such as “run-on sentence of the pavement” for piano, ping-pong balls, and electronics, which Alex Ross of The New Yorker noted as being “entrancing”. Her work often considers discrepancies in musical space—real, imagined, and remembered.

Awards include the Walter Hinrichsen Award from the American Academy of Arts and Letters, a Fulbright Grant, two ASCAP Morton Gould Young Composers’ Awards, First Prize in the Young Composers’ Meeting Composition Competition, the MacCracken and Langley Ryan Fellowship, the “New Genre Prize” from the IAWM Search for New Music, and recently the 2014 Elliott Carter Rome Prize. Matthusen has also held residencies at The MacDowell Colony, Yaddo, [email protected] at Rensselaer Polytechnic Institute, STEIM, and the Atlantic Center for the Arts. Matthusen completed her Ph.D. at New York University – GSAS. She was Director of Music Technology at Florida International University for four years, where she founded the FLEA Laptop Ensemble. Matthusen is currently Associate Professor of Music at Wesleyan University, where she teaches experimental music, composition, and music technology.

Based in New York City, Erin Rogers is a Canadian-American composer, saxophonist, and performance artist dedicated to new and experimental music. Her works explore the intersection of chamber music, sound alchemy, and theatre, using human elements such as vocals, improvisation, and performance practice to inform timbre, gesture, and theme, moving freely between acoustic and electronic worlds.

The Wire described composer Jason Cady’s opera, Post-Madonna Prima Donna, as, “thoughtful satire, sharp composition.” WQXR’s Operavore praised his two-act opera Happiness is the Problem as keeping “the energy hovering at 11 consistently, fusing the stilettoed coloratura of Mozart’s ‘Queen of the Night’ with Glass at his most hyper-caffeinated; you’re left gasping at the end for a reprieve, while admiring the psychological underpinnings of Cady’s work.” New Music Box raved about the “colorful scoring, sassy rhythms, and sweetly angular melodies” in his one-act opera, The Mother.

Cady’s CDs have been released on Lockstep records and Peacock recordings. He has received funding for his projects from the Brooklyn Arts Council, New Music USA, free103point9, and the American Music Center. His music has been performed at Roulette, Issue Project Room, The Stone, (le) Poisson Rouge, Tonic and in many other venues in New York City and throughout the US from Arizona to Alaska. He has composed music for International Public Radio’s Studio 360. He has lectured on his music at New York University, New School University, and Arizona State University. He has been interviewed on WBEZ, WNYC, WPIR, KMFA and East Village Radio. NPR featured him in “The Mix: 100 Composers Under 40.”

Matthew Welch is a composer of innovative opera and genre-resisting concert music. Named one of “14 artists changing the future of opera,” by Huffington Post, and regarded as “a composer possessed of both rich imagination and the skill to bring his fancies to life” (Time Out NYC), Matthew’s musical adventures and collaborative spirit have brought him to work with some of today’s most noted musical personalities: Anthony Braxton, Martin Bresnick, Aaron Jay Kernis, David Lang, Alvin Lucier, Ikue Mori, Zeena Parkins, Julia Wolfe, and John Zorn. Mixing his backgrounds in bagpipes, gamelan, experimental, classical, rock and improvised music, Welch’s compositional sound is worldly and eclectic in material, yet personal and seamless in style.

Praised by the New York Times as “exquisitely ethereal” and “border-busting; catchy,” Matthew’s music has been performed in the US, Canada, South America, Europe and Asia. Matthew holds degrees in Music Composition from Yale, Wesleyan and Simon Fraser Universities, and as a bagpiper, he has won three World Pipe Band Championship titles. His ensemble, Blarvuster, has been based in New York City since 2002. Welch co-founded Experiments in Opera in 2011.

In 2016 Matthew Welch was commissioned to compose for San Francisco Girls Chorus and the MATA Festival with Ensemble NeoN (Oslo), with respective premieres at Davies Symphony Hall (SF) and Scandanavia House (NYC). Also In 2016 Matthew was awarded a fellowship from the Asian Cultural Council to explore traditional music and culture in the Philippines in Spring 2017. In December 2015 his residency at The Stone (NYC) featured 11 consecutive concerts of his multifarious music.

Blarvuster, a unique hybrid ensemble dedicated to Welch’s music, has performed at notable venues and festivals including: Celtic Connections (Glasgow 2016), Roulette, Le Poisson Rouge, EMPAC, Western Front (Vancouver), Switchboard Festival (SF 2014), Tonic, Issue Project Room and CBGB’s. Blarvuster has performed for audiences of all walks: listeners of Classical, Rock, Jazz, Experimental, Celtic and World Music have all found something inspiring in it. Blarvuster’s unique line-up and infectious repertoire make its sound like no other. As Artistic Director of Experiments in Opera, Welch commissions and produces innovative opera in captivatingly inventive programs that feature bold new concepts in opera in a multitude of performance situations and media forms.

Experiments in Opera co-founder Aaron Siegel is a composer, percussionist, organizer, and educator.  As a composer, Siegel’s inquisitive and playful work represents a personal vision of how we live with and respond to the sounds in our world. He has written countless works for solo percussion, percussion ensemble, string quartet, mixed ensembles, chorus among others.  His collaboration with Mantra Percussion on Science is Only a Sometimes Friend for eight glockenspiels and organ was released in May 2011 on LockStep Records and hailed as “one continuous ecstatic sonic event,” and as one of the best records of 2011 by Time Out New York.

With Experiments In Opera, Siegel has premiered the opera short The Collector, and in May 2014 a full production of Brother Brother, based on the lives of Orville and Wilbur Wright. In the past three seasons Siegel has collaborated on Sisyphus with Jason Cady and Matthew Welch premired a monodrama for actor and 15 percussionists, directed a video opera called ‘Tea Before You Go’ and contributed ‘The Wallet’ to EiO’s production of Flash Operas.  His  choral work for young voices The Mysteries of Nothing, was premiered as part of The Young People’s Chorus of New York City’s Radio Radiance concert series and a 2017 commission from Chamber Music America resulted in the epic ‘A Great Many’ for six percussionists and clarinet.  Siegel is currently at work on a new opera with director Mallory Catlett based on a novel by Janet Frame.

In addition to his work as a composer of operas and innovative text pieces, he has performed extensively with Anthony Braxton and his improvised trio Memorize the Sky.  He also performed with Robert Ashley in a revival of his seminal work ‘That Morning Thing’ at the Kitchen in New York City. Siegel is on the staff of the Weill Music Institute at Carnegie Hall.  He lives in Brooklyn with his wife and son.